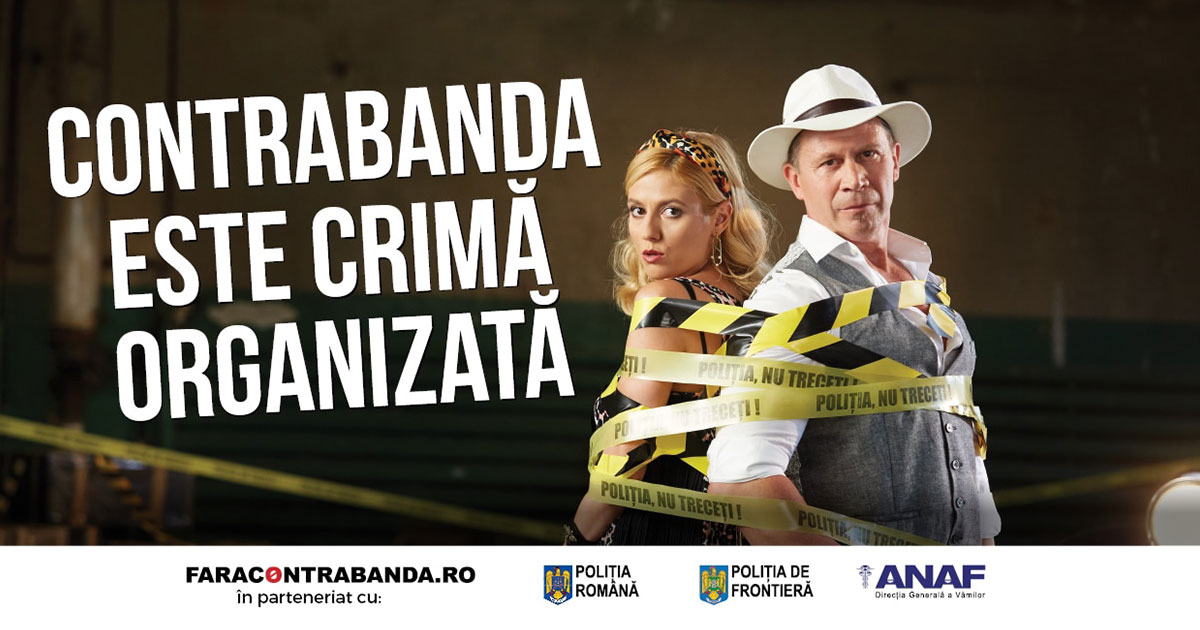 The campaign named ”Smuggling is organized crime” was carried out in November 2020 and it was supported by street banners in counties like Timiș, Arad, Suceava, Neamț, Iași, Mehedinți, Dolj, Olt and in Bucharest, TV spots on the national TV station, and regional ones TVR Iași, TVR Cluj and online.

”The data collected in March-July show a decrease of the black market to 7.7% of the total cigarettes consumption, compared to 12.1% before the pandemic started. It is the lowest level since 2008, which was the year when we started to research the black market of tobacco products. Data in September 2020 show a somewhat similar percent – 8.5%. In most regions, the illegal trade in cigarettes has dropped. The North-East area continues to be the most affected by the black market, with 18.7%, although dropping. Concerning the origin of the products on the black market, the cheap whites are rising and exceeding 60%. Moldova and Ukraine keep on dropping compared to March-July to 8.1%, respectively 2%”, said Marian Marcu, general manager at Novel Research.

“According to the September budget implementation, the income from excise applied to tobacco products is up 13% (year/year), the decline of smuggling being one of the reasons. The cross-border traffic significantly dropped as a result of the measures to fight against the new coronavirus, between January and September 2020, the surveillance and customs control teams at central, regional and local level have seized over 18.4 million cigarettes, thus avoiding their release on the Romanian market or on other EU countries. At the same time, in September and October, the Customs General Directorate, alongside the customs agencies in neighboring countries (Moldova, Ukraine, Serbia) deployed the “STOP SMUGGLING OPERATION” in order to prevent and fight against the illegal traffic of tobacco products at the Romanian border, and the EU’s external border, respectively. The illegal trade leads to more frauds and it is also affecting the state budget. As a result, the Customs General Directorate is supporting the fight against smuggling, alongside the internal and international institutions, and the honest private sector”, said Marcel Simion Mutescu, the general manager of the General Directorate for Customs.

“These months of restrictions made illegal trafficking more difficult. However, the Border Police kept on detecting important quantities of cigarettes that were smuggled and dismantling organized crime groups. In the first nine months of 2020, 2.4 million packs of cigarettes of over 30 million RON were seized, and 7 organized criminal groups (formed of 36 people) were identified and dismantled. The casework revealed smugglers tended to hide unprocessed bulk tobacco into various and legally transported goods. Only in the last month, the border police officers have detained over 10 tons of bulk tobacco, which can make for approximately 535.000 packs of cigarettes. As cigarettes are the most trafficked goods at the country’s borders, and during the winter months, the black market level usually rises, the Romanian Border Police will continue its watch to fight against this phenomenon”, said Liviu Bute, Chief-Quaestor with the Border Police.

“The Romanian Police has deemed the prevention and the fight against the illegal trade in cigarettes and other tobacco products as a priority in 2020 with the purpose of diminishing the negative impact on the state’s consolidated general budget and to detect the illegal market’s functioning mechanisms, to eliminate the unfair competition and to protect the population’s health. These actions reunited police officers from the economic crime office, public order, road police, transportation police and the offices that fight against organized crime groups. Compared to the same period of last year, there is a slight increase of cigarette seizures (+0.1%), which speaks about the Romanian Police prioritization, especially in the current situation, as measures are set to prevent and fight against the new coronavirus and as the cigarette black market’s trend is decreasing”, said Police Chief Commissioner Aurel Dobre, the director of the Economic Crimes Investigation Directorate within the Romanian Police.

“The illegal trade in cigarettes is the main economic activity at the border regions. This activity it is not seen as a serious social danger, a criminal phenomenon which impairs the state budget with about half a billion euro annually. That is precisely why the campaign’s message is clear: “smuggling is organized crime”, alongside drugs, arms and trafficking in human beings. JTI has deployed annual public campaigns with the purpose of making the general public aware of smuggling’s negative effects on society and economy and as of 2010 we have noticed that the black market is less active during the campaign. We want this unprecedented drop Novel has recorded to be maintained”, said Gilda Lazăr, Director of Corporate Affairs & Communications JTI Romania, Moldova and Bulgaria.

JTI was the first tobacco company in Romania which, in 2005, signed a Collaboration Protocol to fight against the illegal trade in cigarettes, with the National Agency for Fiscal Administration, the Customs, the Border Police and the National Police. The company has donated over 50 dogs to the Romanian Customs and supported the canine teams’ training. In 2018, JTI donated to the Border Police four next-generation drones and other equipment needed to monitor the borders. 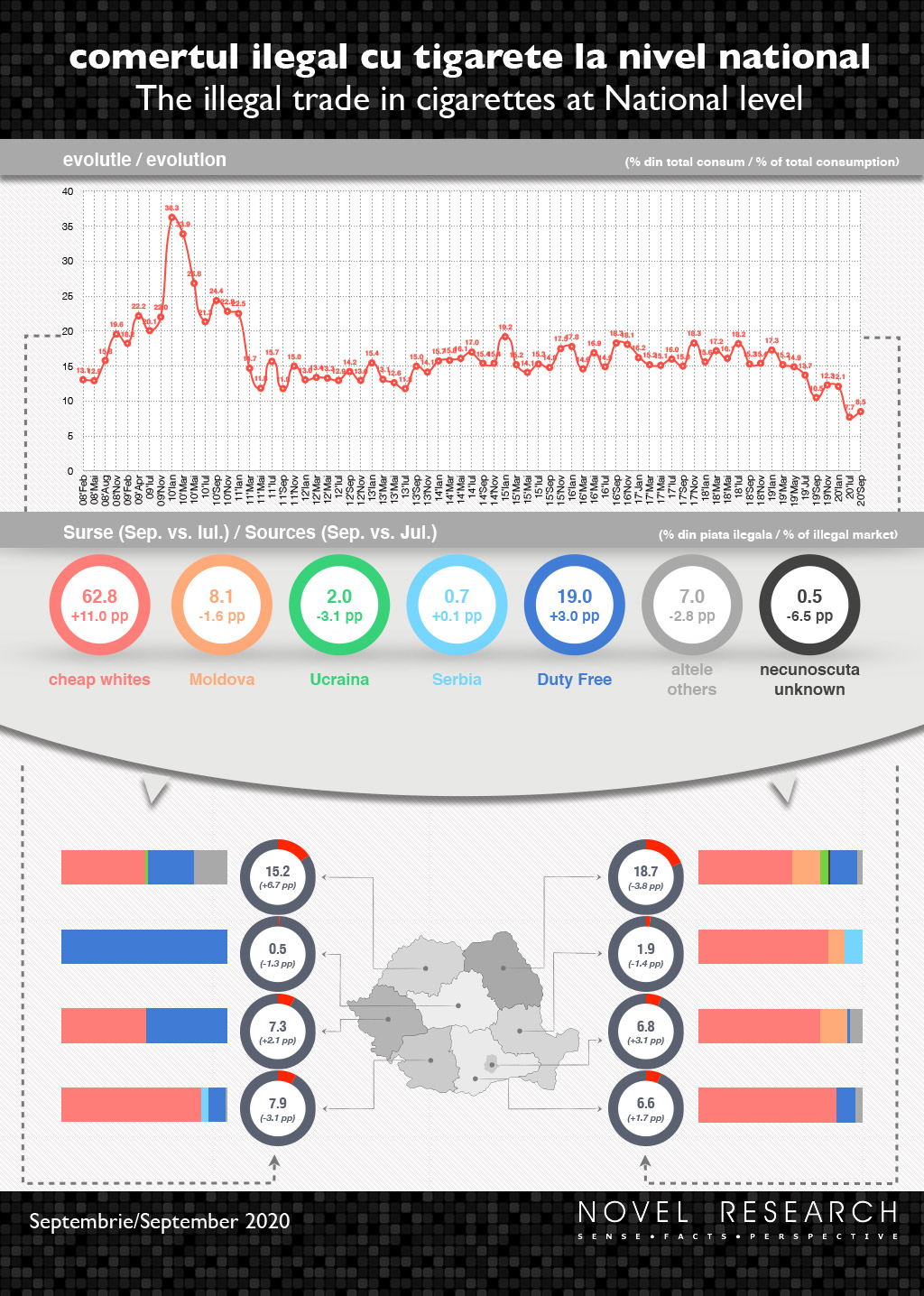 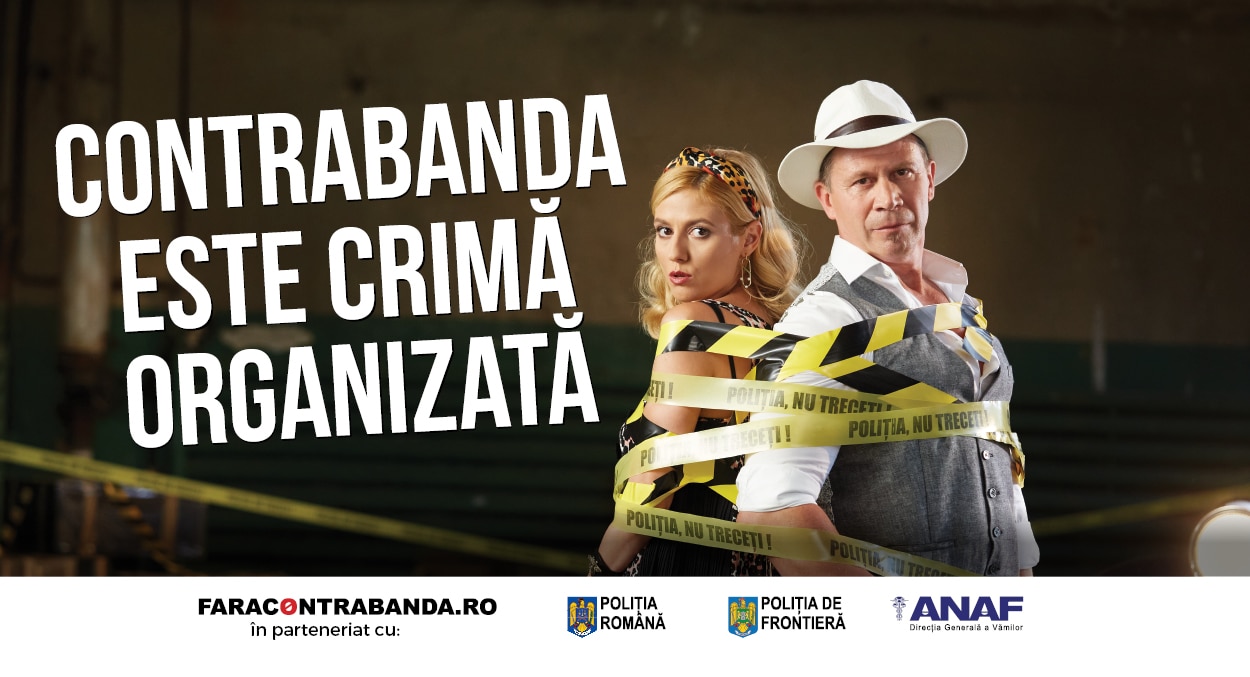 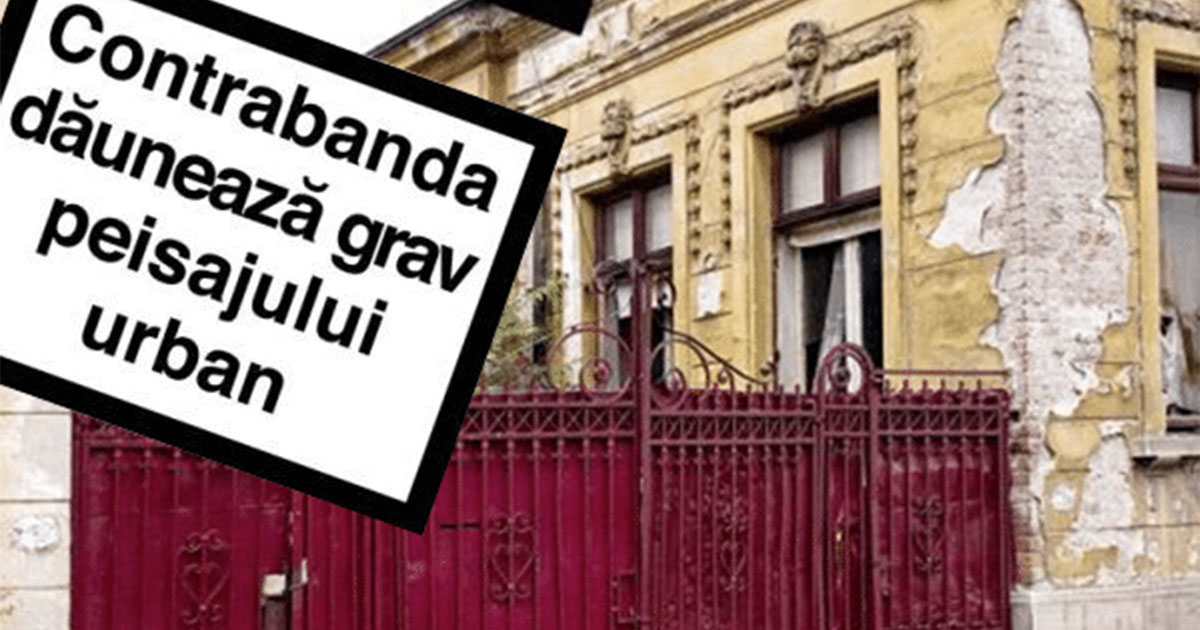 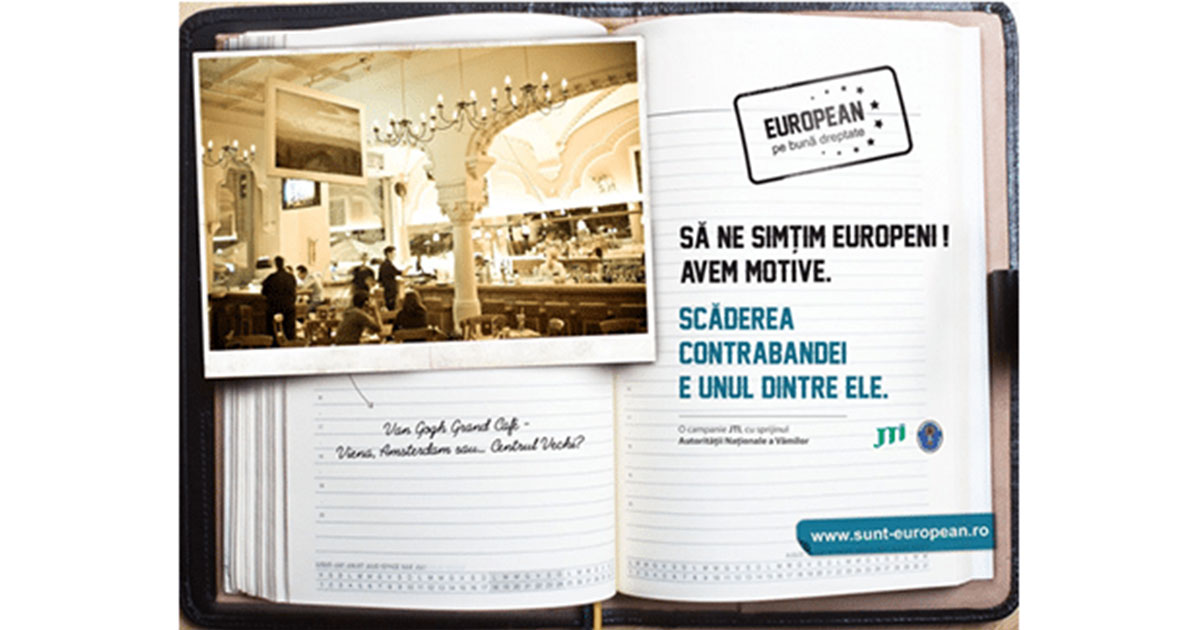 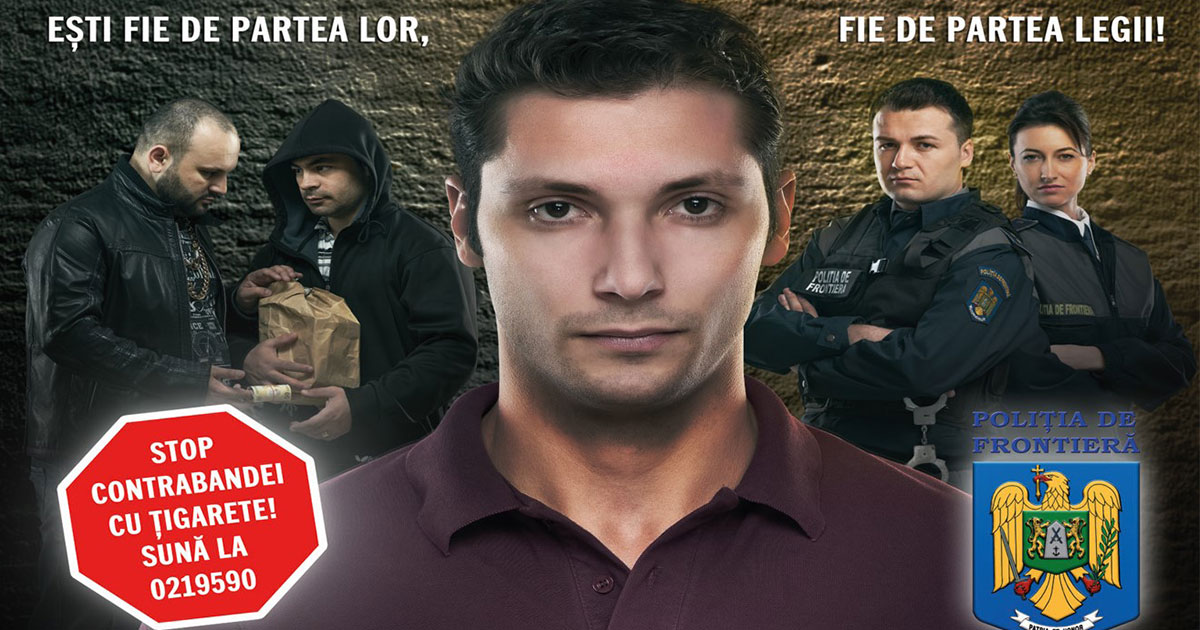 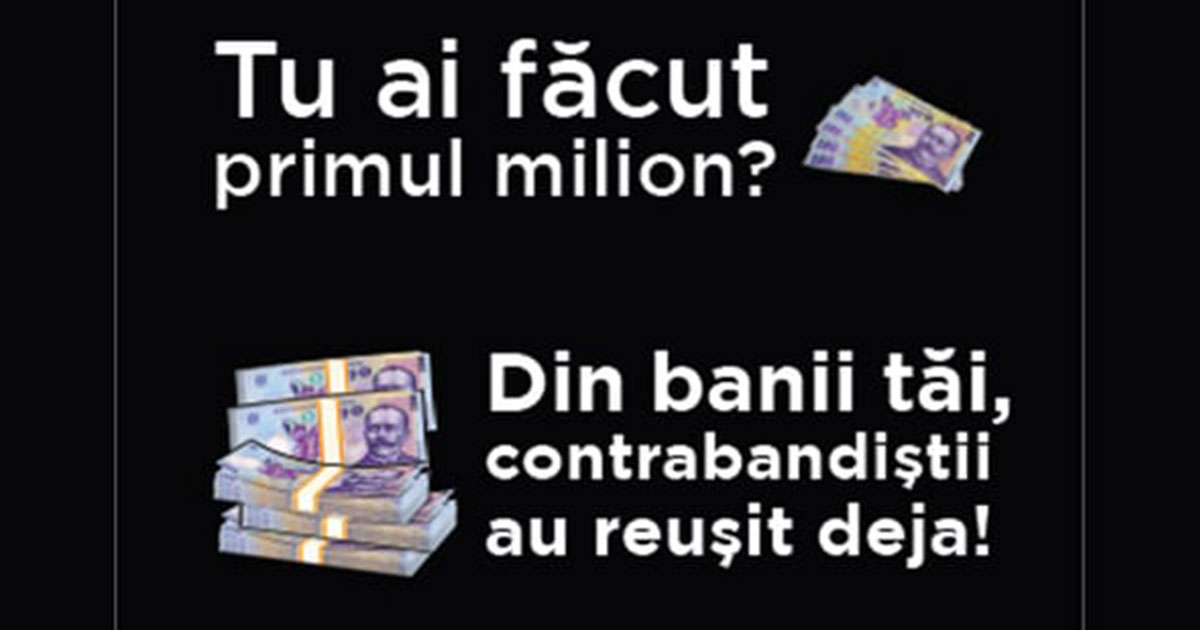 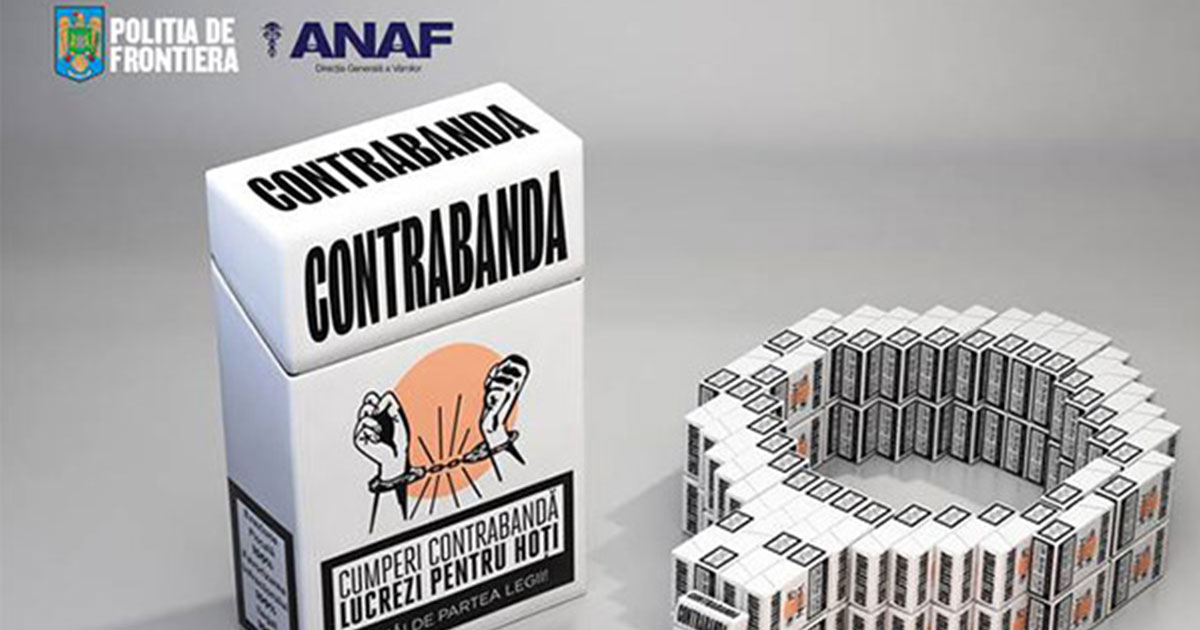 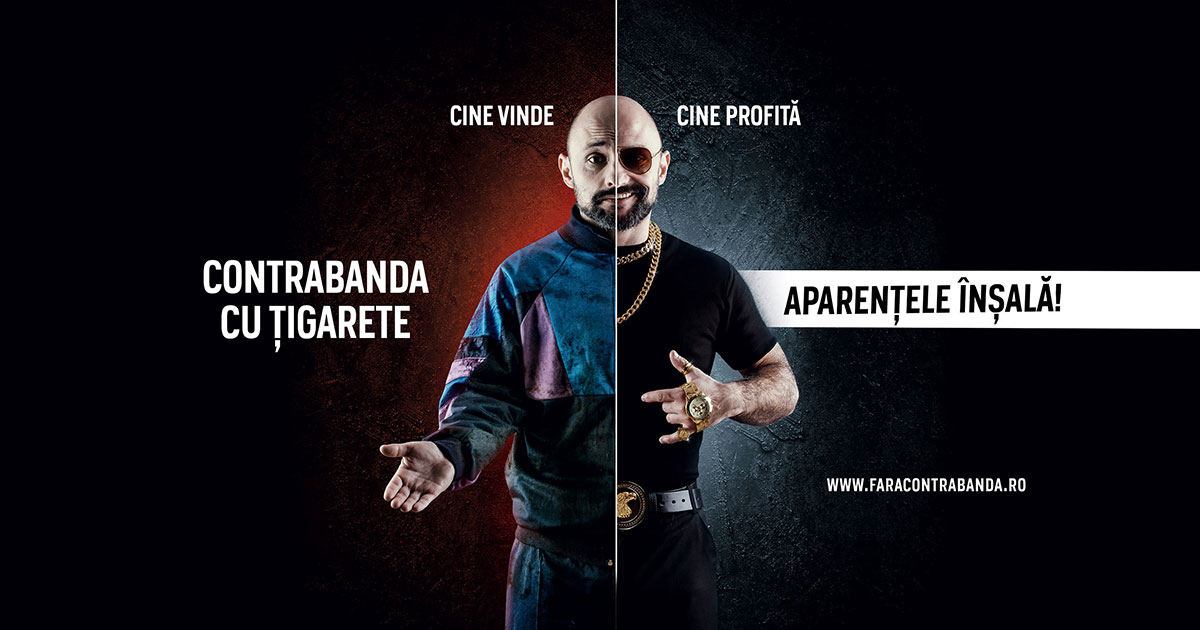 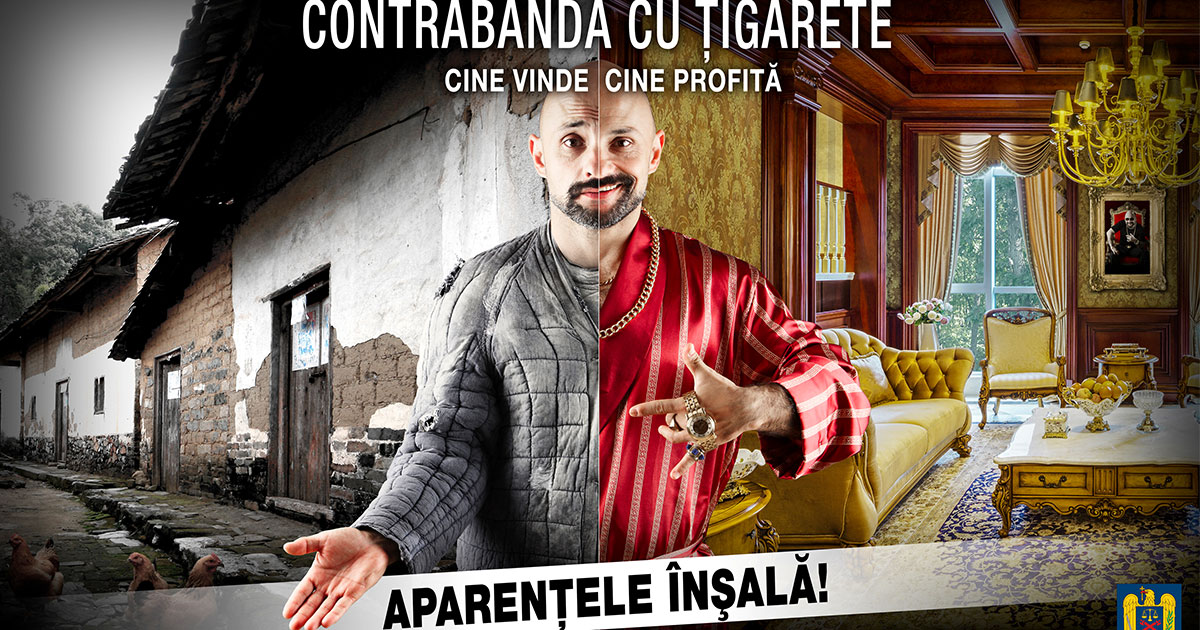 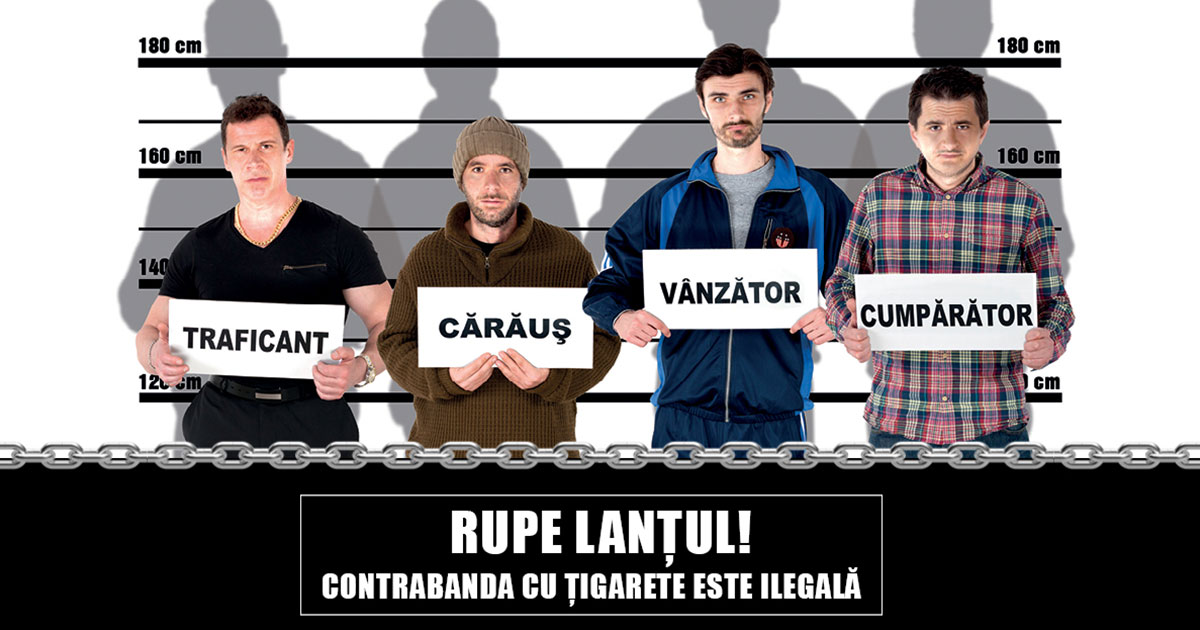 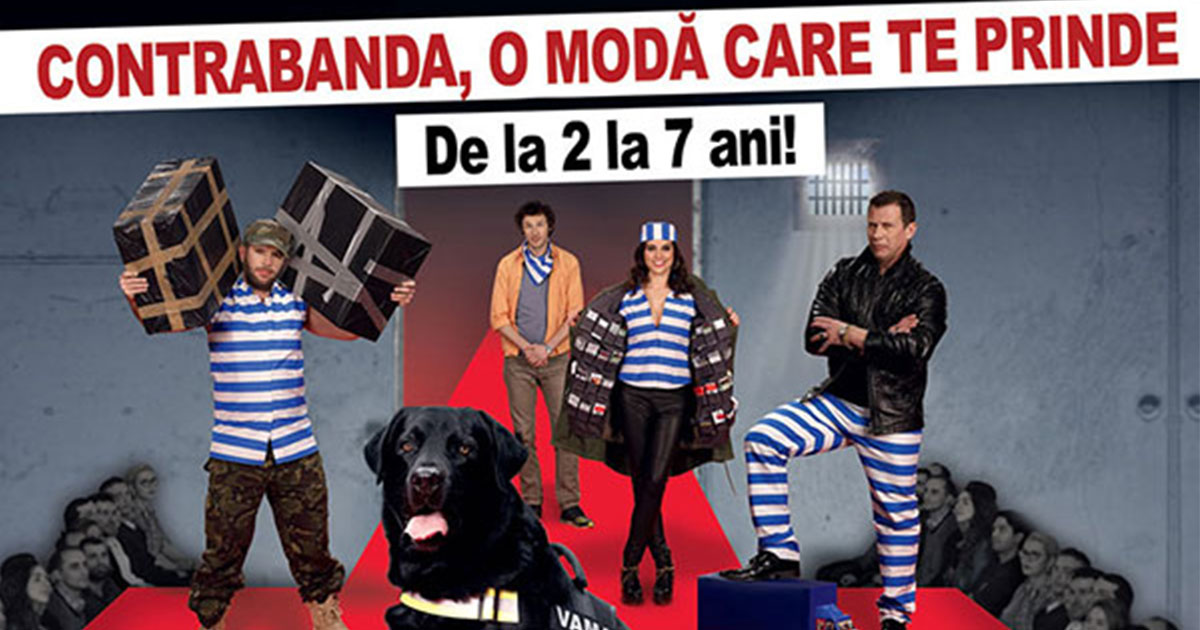 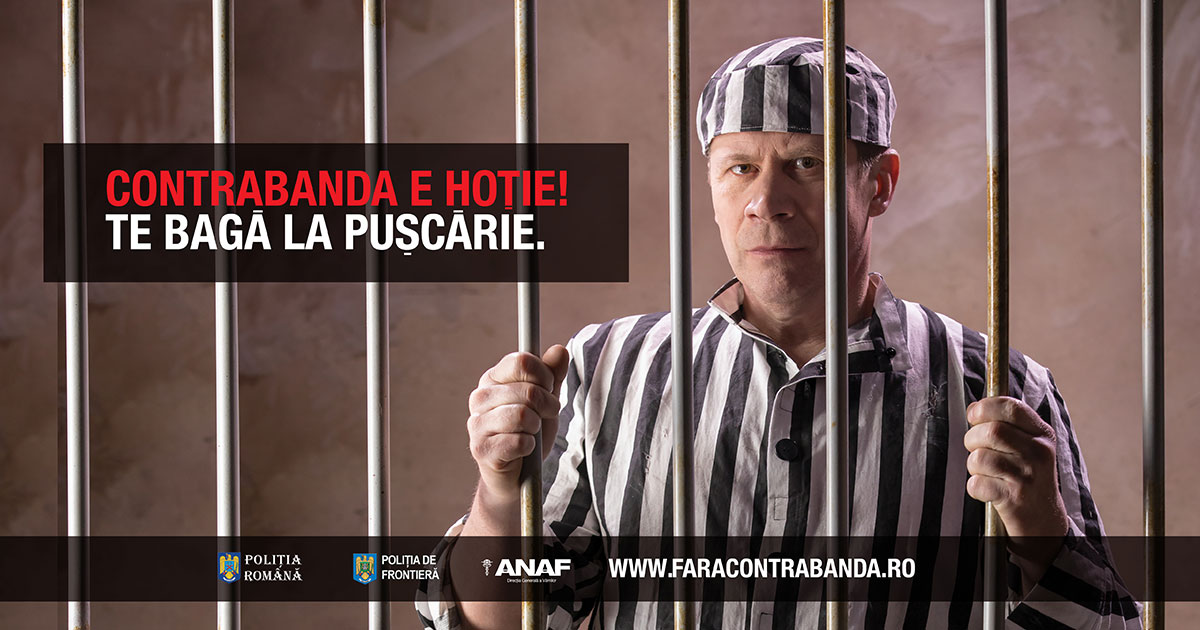 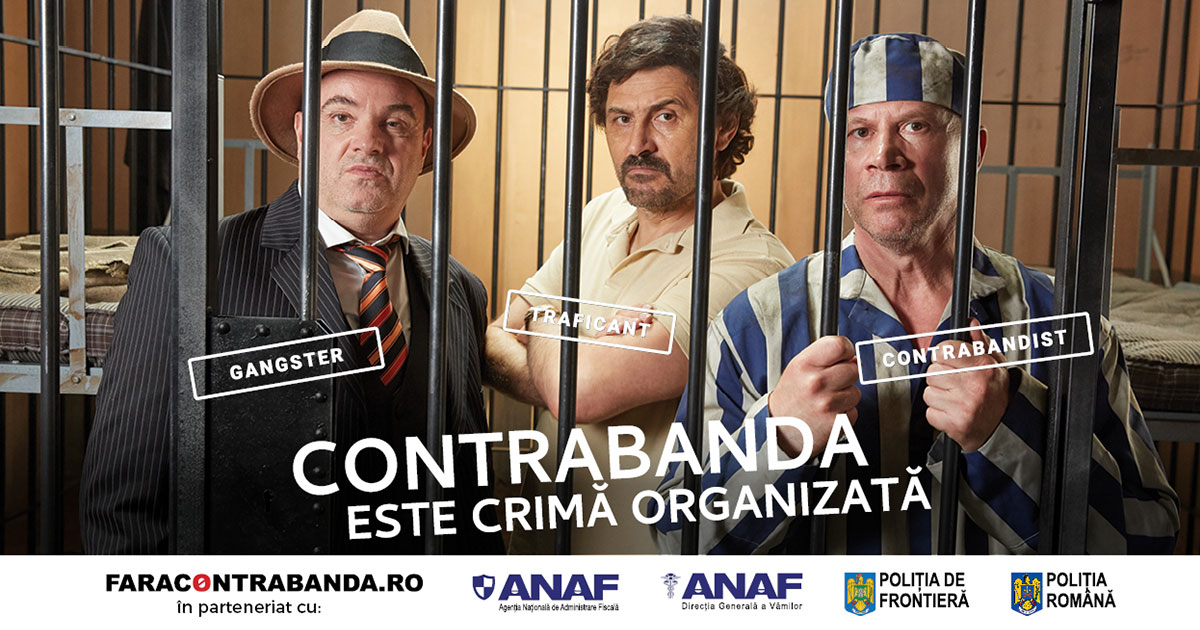 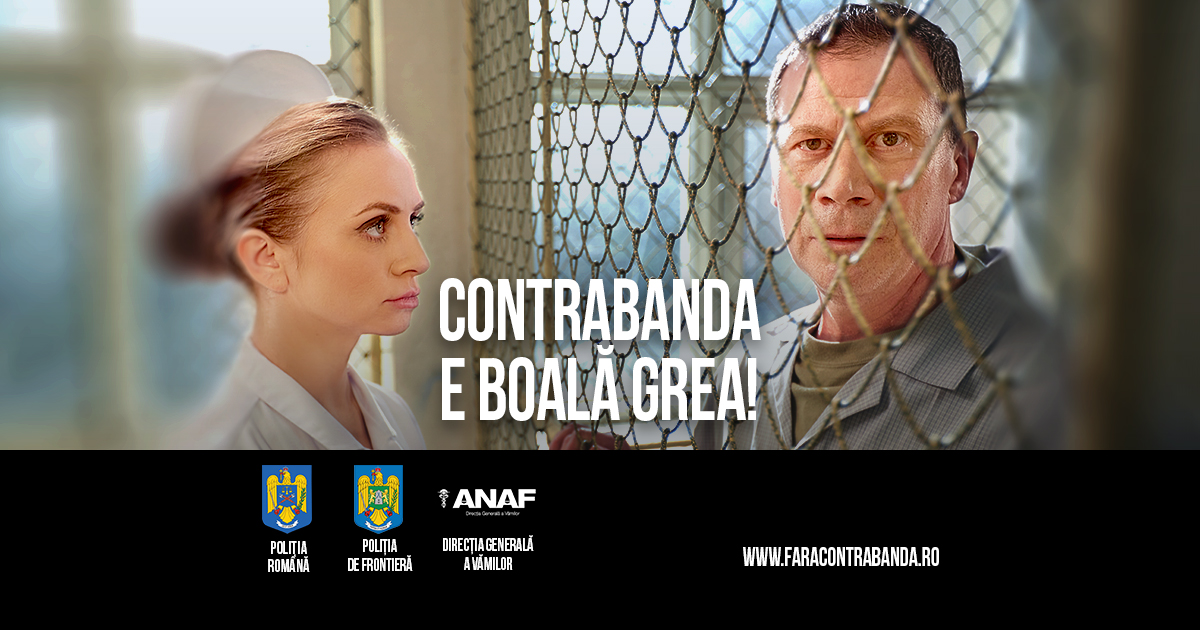